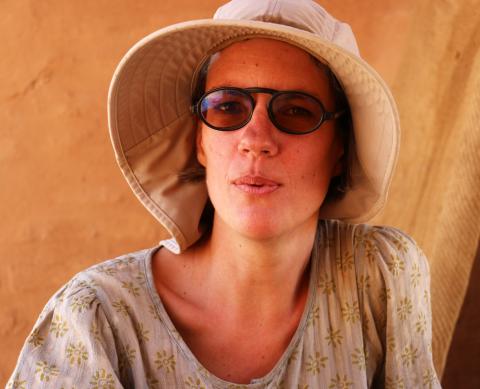 I am an archaeologist by training. I studied in Berlin in Germany and Cambridge in England. I have been coming to Sudan since 1992. At this time I was only a student working on excavations in Meroe and Kaduro, and traveling to get to know the country from Soleb in the north to ad-Damazin in the south. Later I directed the Humboldt University Archaeological Mission to the Fourth Nile Cataract. I came to Mograt for the first time in 2006. I worked for two seasons on the island, documenting archaeological sites and excavating in al-Karmal and Ras al-Jazira. In 2013, I returned to direct the Mograt Island Archaeological Mission, which hopes to build a long term commitment to the island, its archaeology and its people.

Since my first visit I have been intrigued by the richness of Mograt’s past – reaching from the Old Stone Age through all periods of Sudan’s history up to the present. I hope that our project will open a dialogue about the island’s history and its importance for investigating Sudan’s archaeological heritage between archaeologists, local residents and visitors from Sudan and abroad.

I am not on Mograt as often as I wish, as I also work at University College London. As well as all this, my daughter Leonie – who was with me on Mograt in 2014 – has just started secondary school in London. Still, working on Mograt with an international team and many people from the island is a great privilege and a challenge, which I enjoy very much.