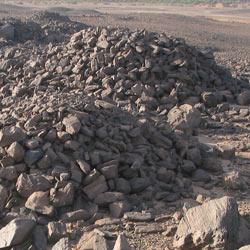 There are a huge number of burial mounds on Mograt, which indicate that the island was of some importance in the past. Located in a strategically favourable position in the eastern bend of the Nile, Mograt seems to have received influences from people moving north and east along the desert roads to the Egyptian Nile valley or the Red Sea coast, and south and west along the Nile itself. It is very exciting for us as archaeologists to work in this fascinating region where so many different cultural influences have come together over thousands of years.

Our work within the Mograt Island Archaeological Mission focuses on a large Late Neolithic and Bronze Age cemetery near al-Karmal. On the ridge where we are working there are a lot of cairns – burial mounds built up from stones and sand. In 2008 the Humboldt University Nubian Expedition (H.U.N.E.) excavated the biggest mound in the southeastern part of this cemetery. Encouraged by the interesting observations our colleagues made, our team took up work again in this cemetery in spring 2014.

The aims of the excavation are to figure out how the people of the past built these tombs, what kind of burial customs (rituals, grave goods) they observed during the funerals, who they were and how they relate to the other ancient people of the Nile valley. What we find in the graves are grave goods, such as pottery and beads, which were placed with the body perhaps for religious or personal reasons. If the burials have not been completely robbed in the ancient or more recent past, we also find the skeletons of the people who were buried, sometimes with evidence of leather clothing, basketry and other items they were buried with. The more we know about individual tombs the more we can understand the beliefs and practices of the people living and dying on Mograt more than 4000 years ago. And the more we know about individual bodies, for example by studying their bones, the better we can reconstruct ancient people’s health, diet and life expectancy.